In his latest project, Kirk Cameron wants to pull back the veil from an online world, with its shadowy dangers. Kirk Cameron: CONNECT is a two-night Fathom Event that highlights technology’s pitfalls through Cameron’s interviews of neurosurgeon Dr. Ian Armstrong, founder of Celebrate Kids Kathy Koch, founder of uKnowKids Tim Woda, Pastor Ken Graves (Calvary Chapel, Bangor, Maine), and founder of Heartlight Ministries Mark Gregston. All of this was launched by Cameron’s desire to evaluate the risks and benefits of technology on his five teenage kids.

“Any parent with kids and kids who are on devices, especially cellphones, have a universal feeling of dread because they see this underworld that is out there that is waiting to sweep the kids and carry them away,” Cameron proposed by phone, earlier this year. “It’s in the forms of social medias, networks, videogames. Parents are intimidated by the technology and unable to keep with it.“

Citing reports from Facebook, Apple, and others, Cameron is concerned by the way chemicals in the brain are released, by the way technology disconnects us from others in society, by the way that young people struggle to identify what is real and not real based on their use of technology. “I wanted to understand from a physiological and neurological brain level,” he continued, “because I’m hearing it’s as addictive as handing them a gram of cocaine. I wanted to talk to the top level family psychologists and experts who are working with families to keep them together.”

Looking for the best in their area of expertise, Cameron traveled to interview these experts for his own knowledge as a parent, and to inform others. He came away reminded that nothing about social media or the dangers of technology can ever catch God by surprise, and that a child being shepherded by their parents, and full of the Holy Spirit, can’t be derailed. It’s about teaching them to have their own technological control - self control - as a fruit of the Spirit.

“We can’t protect our kids from this forever,” said the filmmaker, clear on his mission to share this hope. “It’s the work that only God can do - to operate His operating system within them, to move it from love of self to love of God. They begin putting up their own filters, thinking of what is true and lovely and right. They’re not going to get caught in the under currrent of sleazy society because their operating system is driving them to Christ. That’s what the point of parenting has always been -pointing our kids to their hope in Christ.”

Now, on Tuesday, February 27, and Thursday, March 1, audiences can join in the Fathom Event to consider what it means to be in a world full of technology, and still be grounded in the heart of God. 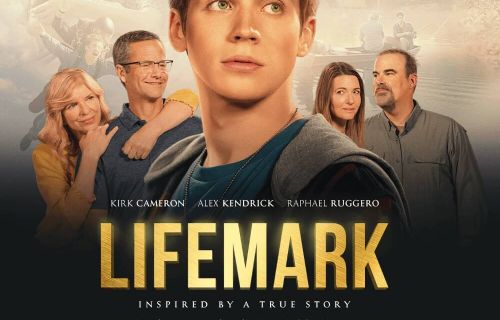 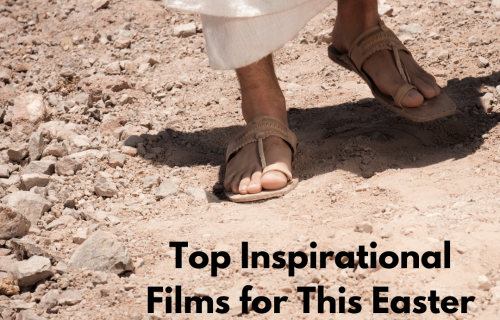 Top Inspirational Films for This Easter 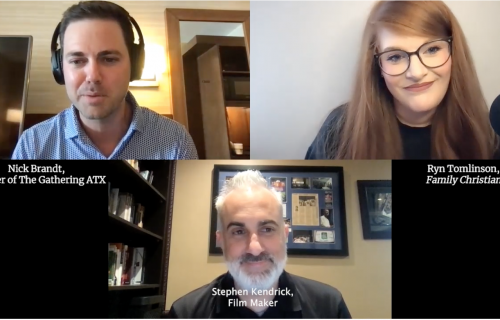